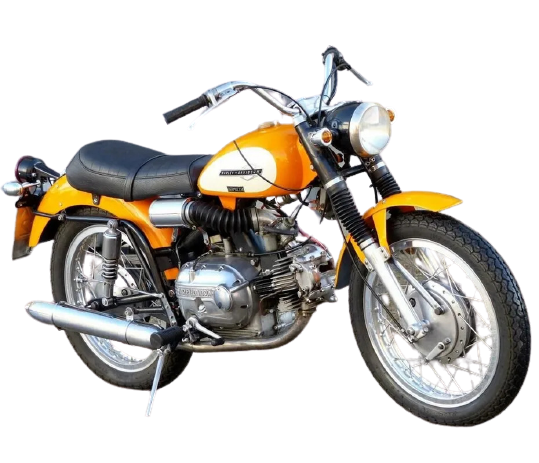 Whether you’re in the market for maintaining and servicing your bike or finding your dream bike, Vintage Moto is here to fulfill that need with top-quality listings from people just like you and trusted dealerships alike. We know motorcycles and are a trusted team that has experience working within the world of repairs, servicing, and more for years.

Messaging us through our contact portal is the best way to reach us. However, for immediate needs, give us a call at 919-614-5414.

An upstate New York native, Mark Morrow has been shaking up the Roadracing scene since his move to North Carolina in 1994. From his childhood, Mark developed a passion for dirt bikes, learning to ride at age 7, and later, his sentiment for two-wheeled machines deepened into riding street bikes, as well. With some peer influence, Mark decided to take his passion to the track, and in Dec 1994 he attended the Ed Bargy Roadrace School at Talladega Gran Prix Raceway. Two months later, he entered his first Roadrace, the WERA season opener at the same venue and started down a road that has spanned nearly 30 years of competition.

In addition to competition on the track, Mark has a rich history of helping, teaching and mentoring newer riders. It started in 2001 when his mentor, Ed Bargy, invited him to become one of his guest instructors. This provided him with a great opportunity to work directly with new road racers and pass on some of his passion and drive for excellence while also garnering more track time to refine his own skills. After nearly 2 decades of instructing for Ed and mentoring promising up and coming talents, his on-track teaching went to the next level last year when he accepted the position as the Headmaster for the AHRMA Academy for Roadracing.

Wiggins makes up one-third of our Vintage Moto Sponsored Race Team. He harbors a passion for thrill-seeking and is a vintage motorcycle enthusiast. An electrician by trade, always seeking a spark, Wiggins brings a wealth of enthusiasm to the track. On the sidelines, you can find him making connections with the moto-community and firing up the team. Whether racing his 2015 CTM RCM 390 cup and 1972 Aermacchi Scrambler, discussing his love for the Italian Harley, Ameracchi or working on a rebuild, Wiggins loves all aspects of vintage motorsports.

In his downtime, Wiggins and his family sneak 35 miles down south of his Cary, North Carolina home, to The Krazy 8, a piece of private property with 8 acres worth of dirt track, perfect for weekend hangs and honing in dirt track racing technique. But dirt isn’t his only terrain Robert enjoys racing on, he also welcomes the opportunity each year to make the haul west to his favorite racing event at the Bonneville Salt Flats. The Utah event features Speed Week on nature’s natural dragstrip consisting of acres of natural compacted salt.

Always willing to share his passion, Robert’s focus is the promotion of the vintage racing industry, comradery among the race team and zeal on the track.

Newbury, next generation Vintage Moto racer, began his two-wheel-tango building BMX jumps and trail tracks in Southern Wake County, NC with his childhood buddies on the weekends. It did not take long for his new interest to crave a motor-backed speed. At 13 and a new Honda XR100, he began hitting the dirt and refining his riding skills. A natural competitor and now member of the Vintage Moto Race Team, he looks to conquer the track competitively on a 1967 CRTT Replica 250.

Your reached the limit of ads. Please upgrade your plan.